We Honor Our Veterans 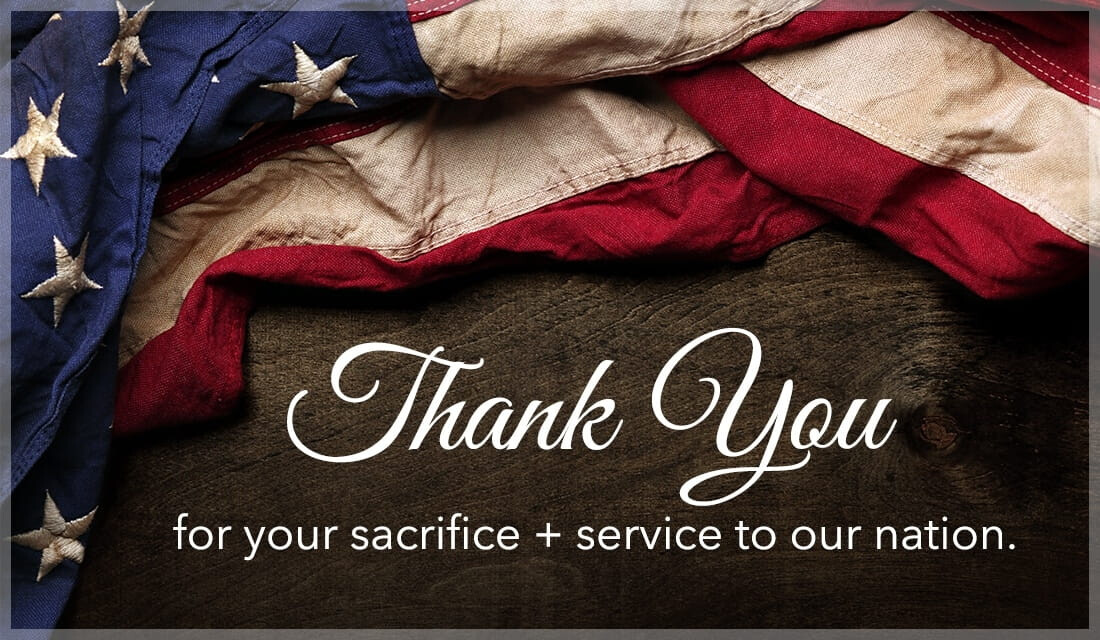 On Veteran’s Day, we honor men and women who have served and sacrificed in one of America’s armed services. The holiday is also meant to highlight America’s quest for world peace and our nation’s desire for justice and freedom throughout the world – the   nation’s higher goals.

Veteran’s Day is actually rooted in Armistice Day. On November 11, 1918, America and her allies met with German leaders to sign a truce ending World War 1. In 1919, President Woodrow Wilson decided that our nation should remember with gratitude the end of that war and honor those who served in the military. He called the day Armistice Day. Armistice means “truce.”

In his proclamation the president wrote that Armistice Day was an “opportunity … given to America to show her sympathy with peace and justice in the councils of the nations.”

The name Armistice Day was kept until 1954 when Congress changed the name to Veteran’s Day honoring veterans of every era. President Eisenhower called on all citizens to observe the day remembering the sacrifices of veterans and “the task of promoting an enduring peace.”