let everything that have breath

The Music Ministry continues to be vibrant and integral part of the worship experience. Led by Dr. Roderick W. Harden, Sr., Director of Music, Union's Music Ministry includes three active choirs: The Gospel Choir, The Mass Choir, and VIZION. The choirs sing varied genres from anthems to gospel to spirituals.

In April, 1990 and eight years after its inception, The Gospel Choir of Union Memorial United Methodist Church lost the services of it directress, Mrs. Patricia Brown to a lengthy illness. The Choir was blessed to work with several talented directors and directresses. However in August of the same year, God sent the Choir a new director, Dr. Roderick W. Harden, Sr. In the fall of 1991 the Choir was blessed with its first drummer, Mr. Donté Cross.

In 1990 the Gospel Choir sponsored the A.E. Jones Singers of Jones Tabernacle Baptist Church in a freewill concert. In 1992 the Choir committed itself to the purchase of a Hammond organ, which was presented and dedicated to the church on March 15th.  It was paid in full with the financial support of the congregation and fund raisers.

On March 29, 1992, the Gospel Choir presented its second concert, "Make a Joyful Noise." They also participated in a musical extravaganza, titled "With My Whole Heart, I Will Sing unto the Lord," that featured all of the choirs of the church. The concerts have been a true blessing from the Lord.  The Choir also participated in the Annual Health Fair sponsored by the Seniors-On-the-Go.

It has been by the grace of God that the Gospel Choir of Union Memorial United Methodist Church has been in ministry for 32 years. The Gospel Choir owes its success and growth to the talents of its many directors and directresses, especially its current director, Roderick W. Harden, Sr., whose years of service to the Choir and the church will be 24 years in August 2014. Their love for the Lord, the church and for one another is the glue that has held them together in service and fellowship. To God be the glory for His marvelous work. 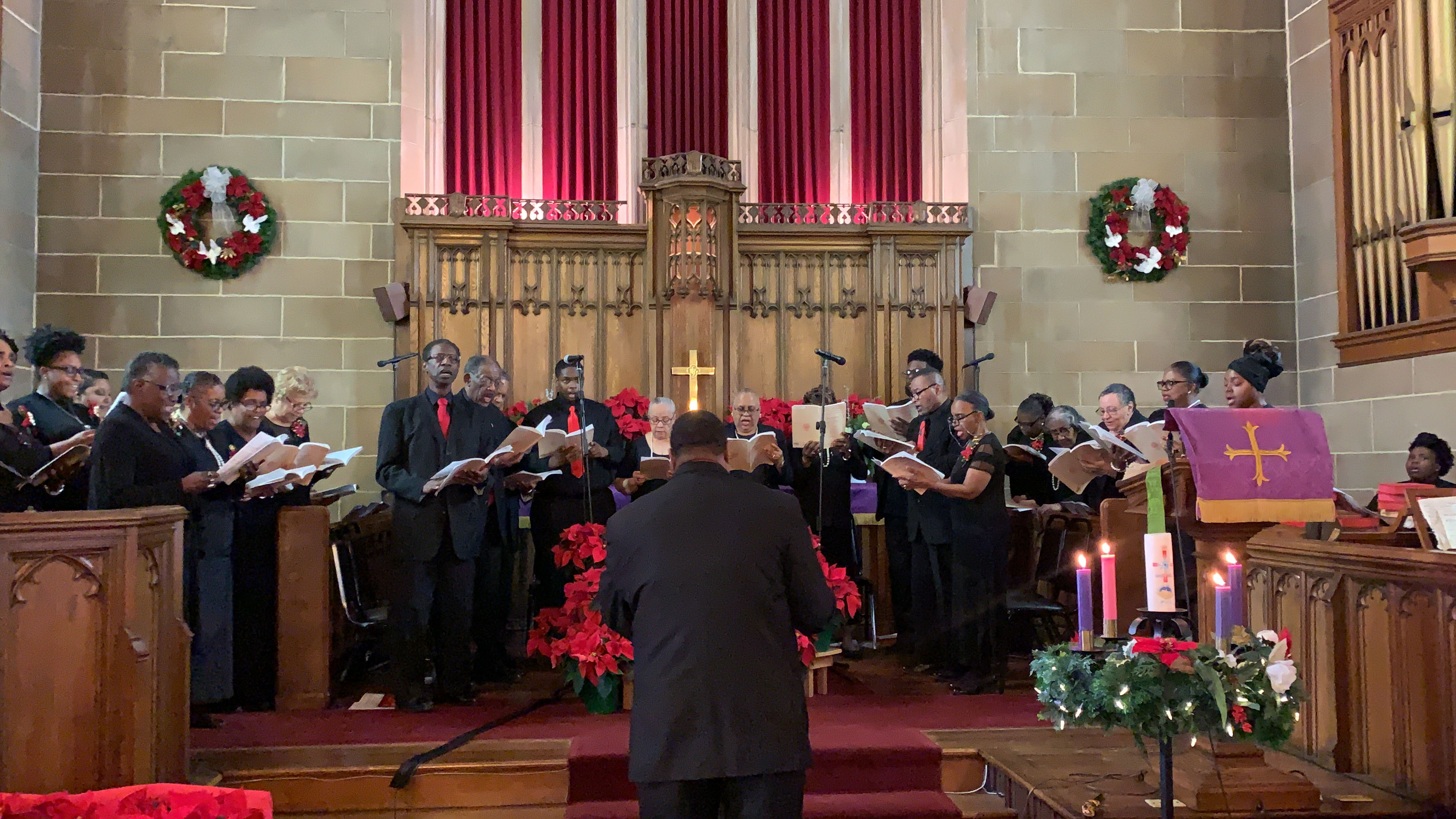 Since its inception in 1988 under the pastorate of Rev. Lovell Parham, The Mass Choir serves the first Sunday of every month and is the primary choir that serves for funerals and performs for special occasions.  The choir is responsible for presenting the major musical works of the Christian year.  The Mass Choir is comprised of members of all choirs of the church and is under the direction of Dr. Roderick Harden, Sr. 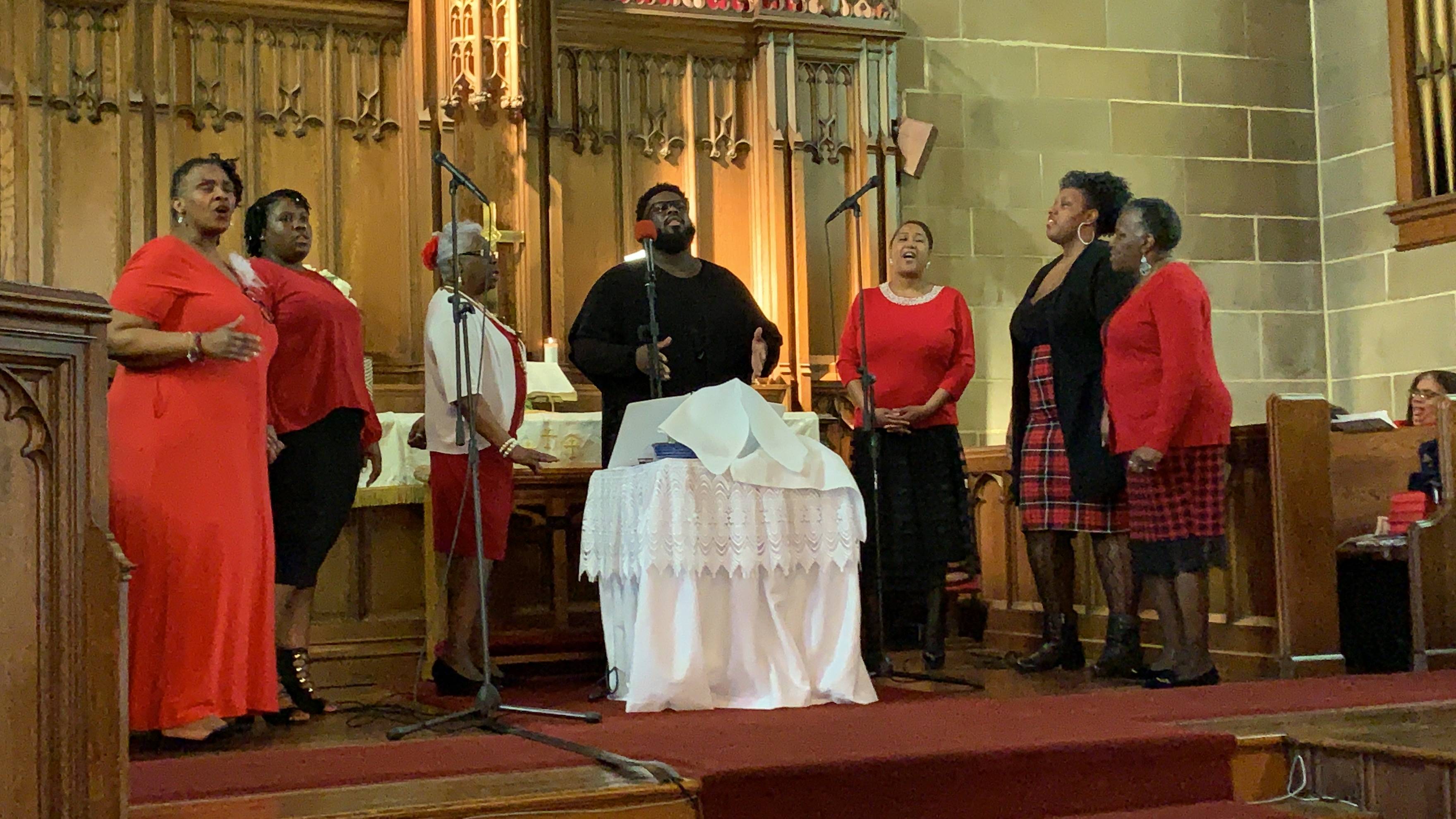 Second Timothy, chapter 1 implores us “to stir up the gift of God which is in you…for God has not given us a spirit of fear, but of power and of love and of a sound mind. Therefore do not be ashamed of the testimony of our Lord…”

VIZION made its debut on Sunday, January 15th, 2006 during the morning worship service here at Union Memorial UMC. The members are comprised of young men and women of God who share a bond in Christ and between one another. VIZION has shared their ministry within the community and neighboring churches and out of state.  They were the accompaniment choir for Rev. Dr. Leonard Felton, as he ministered throughout the city of Baltimore and the state of Maryland. Their first full concert was held Sunday, April 27, 2008 and with the gift of the Holy Spirit, the occasion was anointed and blessed, it is the prayer of VIZION that someone was brought to Christ through this service.  Since that time, VIZION has participated in several concerts within Union Memorial as well as various worship services.

VIZION is committed to stir up the gift of God within us by means of our testimony, praise and worship. We ask that you pray with us and for us that with faith and love, this ministry will prosper.