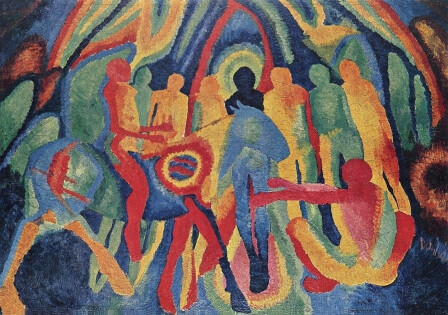 Many years ago the actress, Gertrude Lawrence, was the star of a play in London. Before the drama began, the Queen entered the Royal Box with great dignity. Immediately the entire audience rose and applauded Her Majesty.

Observing from the wings, the actress uttered, “What an entrance!” The playwright, Noel Coward, was standing nearby and responded, “What a part!”

As Jesus entered Jerusalem on that day we call Palm Sunday, the people cheered him shouting “Hosanna to the Son of David! Blessed is the one who comes in the name of the Lord! Hosanna in the highest!” (Matthew 21:9, NTSV).

It was a cry of adoration and acclamation. Jesus handled the adulation with dignity and poise. The Son of God entered the capital city humbly but courageously. He knew the danger – even death – waited him. He went anyway and memorably, it was a victory day for him, a week before the greatest Victory of all – his resurrection. No wonder we remember Palm Sunday with joy. It was a glorious day for Christ and for us. Let us wave palm, a symbol of peace. Let us shout, “Hosanna in the highest heaven!” The Savior has come. What an entrance! What a part!